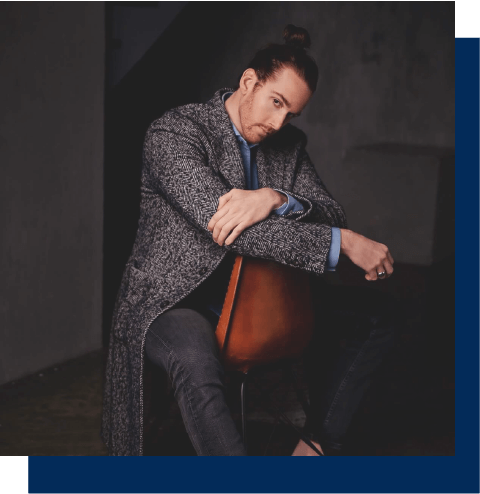 Born in 1987 in Geneva and growing up in Lugano as the grandson of maestro Raffaele Paverani, it was inevitable that Alessandro Kraus, DJ and music producer, would be living and breathing music deep within his soul from early childhood.
Now, due to the pandemic, he’s stuck in Switzerland but usually, he travels intensively between London, Los Angeles and Milan and after spending time cutting and stitching together ‘synthesized sounds’, Alessandro created his alter ego SUARK, based around the underground dance music scene, joining up with house, electronic and analog synths.

With his Dj history he decided to bring his analog-electronic sound into radiophonic music. His research brought him to LA to join forces with Alexandra Stan, who asked him to produce and be featured in her song “Thinking about you feat. SUARK”, from her album Mami (JVC Records). He didn’t stop there, so he created amazing songs that brought him collaborating with the EDX’s swiss dance label Enormous Tunes for the releases of Dose and Need your love. His musical taste started to really show up with Lonely, in which he partnered with the Instagram celebrity Inas X. 2020 has been a year of underground work and research for him, but the beautiful outcome started to be visible since October of the same year with the production of the dutch hit record “Zweven” in which he’s featured and released by Universal Music Netherland but the 2020 is not already finished for Suark, in November he released two official remixes, the first one for the big pop acts “INNA” and “Farina” of their latest collaboration “Read My Lips” and the second one for the well know “Burak Yeter” on Alok’s label “Controversia/ Spinnin’ Records”!
The day of X-mas he released “Safe With Me” together with Mike Hunnid on the finest Hardwell’s Pop/House “Gemstone Records”