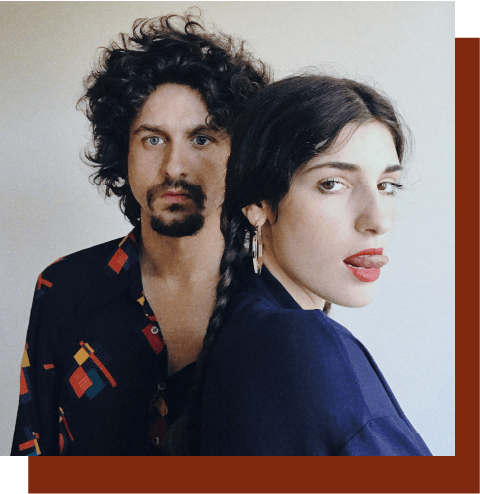 Volosumarte is an alt-pop project made by the actress and songwriter Martina Catalfamo and the composer/producer Francesco Santalucia.

Martina Catalfamo is known for her lead role “Laura” in DEI directed by Cosimo Terlizzi. Her first international movie is “The music of Silence”, an Andrea Bocelli’s biography directed by Michael Redford. The music in her life is the link between her need of telling a story and the stage. That’s why in Volosumarte you never find a classical music video, but a short film for each song. The value of performance is very high for both the members of the project.
Francesco Santalucia is a pianist and producer known as the composer of Suburra – Final Season (Netflix). The album is produced with the Italian rapper Piotta.
He works a lot in New York city as musical theatre composer. In the 2019 he was nominated in the category “Outstanding Original Music” at the “New York Innovative Theatre Award”. His first piano solo album is “Memoria”. As producer he works also with the artist Teresa De sio.