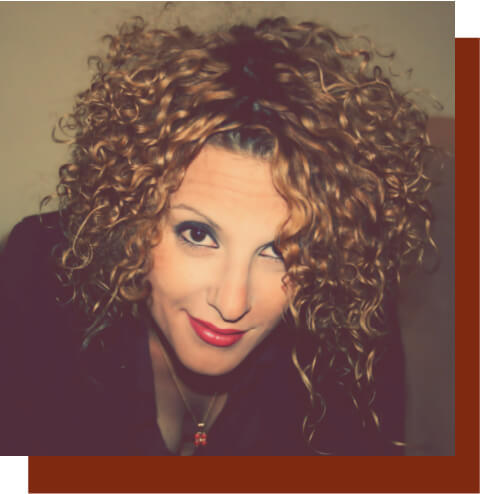 Samuela is from Gorizia, and later moved to Milan and more recently to Catania. There is Sicilian blood in her veins.
“Where are you from?” This question may cause her an identity crisis.
Since her early age, she showed a strong aptitude for music and guitar, organizing small home shows in front of an audience of highly selected relatives.
At age of eleven, she enrolled at the Institute of Music in Gorizia, where she studied classical guitar, music theory and choral singing.
After three years, she dropped out to experiment the emotions of the six chords all by herself.

She started playing with her first bands, as a singer and guitarist. She wrote her first compositions gradually moving away from the classical pop and flowing into the her “songwriter rock” style.
In 2010 she was among the four finalists of the Janis Joplin Prize, in 2011 she was guest at various festivals, including Lilith Festival, Live on the Rock and the Nuvolari Libera Tribù. She also starred in a mini tour in clubs with her band.
In the same year, her song “Reality” is included in the collection “Female do it better” published by Dcave / M.E.I.
The national Radio RAI 1 broadcasted a preview of her first record in the “Demo” radio show and programmed her song “Reality” in the following days.

On April 3rd, 2012 Viceversa Records / Dcave / Emi released “Non sono”, her first album. Her cover of “Domani è un altro giorno” is considered one of the ten best remakes by Life Gate Radio, which broadcasted it frequently.
The video clip of “Nel mio giardino” – the second single from the album – is among the finalists of “P.I.V.I. 2012”.

In 2014, Samuela undertakes the “Non sono SOLA Tour” in which she performed her acoustic repertoire, performing alone on stage accompanied only by her faithful guitar and her foot stomp box.

Samuela has been away from the scene for almost three years, a period in which she continued researching, studying and songwriting.

Nica fell in love with Samuela’s work and style, and offered to produce her new album “C’è sempre un motivo”.

In 2016 Samuela has been engaged in an intense promotional activity and live concerts, with a countrywide tour called “C’è sempre un motivo Tour”.
In the same year she was among the seventy finalists of “Sanremo Area 2016” and one of the twelve finalists of the “De Andrè Award 2016”, where she performed on December 1st at the “Auditorium Parco della Musica” in Rome.
In the same month, she was noticed by Red Ronnie – one of the most important Italian talent scouts – and invited for a studio performance during the “Optima Red Alert” program.

On February 27, 2017 she opened Niccolò Fabi’s concert at the Metropolitan Theatre in Catania and on July 21 and 22, 2017 she opened Sarah Jane Morris’ concerts at the Cortile Platamone in Catania and at the Estate Theatre in Noto (SR).
On December 15, 2018 she performed at the Avola Theatre during the “Equilibri” Festival, with Mauro Ermanno Giovanardi, Colapesce and DiMartino.
On June 2021, she became an exclusive author for Cafè Concerto Music Publishing Group and she’s writing songs for Italian mainstream artists.
Now Samuela is working on her new studio album and she continues to perform and write.