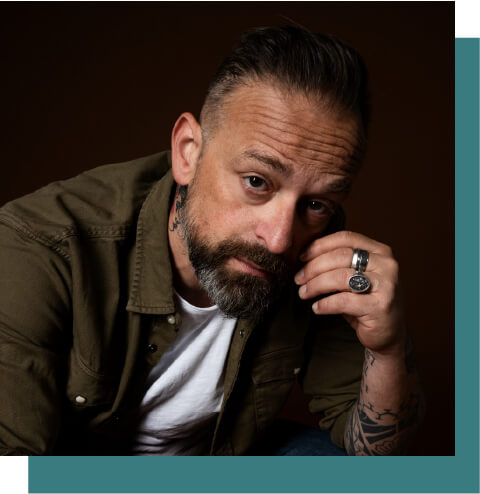 Michele Bitossi is one of the most esteemed musicians and songwriters of the Italian independent music scene.

From the ashes of Laghisecchi Bitossi founded Numero6 with which he published the albums “Iononsono” (Warner music, 2003), “Dovessi mai svegliarmi” (V2, 2006), “I love you fortissimo” (Supermota, 2010) and “Dio c’è” (Urtovox, 2013) and some EPs including “Quando arriva la gente si sente meglio” (Greenfog, 2008) which sees the collaboration with the American Bonnie “Prince” Billy, one of the most important “alt country” songwriters in the world.

In 2011 Bitossi began his solo career as Mezzala with “Il problema di girarsi” (Urtovox). In 2015 he released his second album “Irrequieto”, always with the same moniker while in 2019 he released “A noi due”, the first album signed to his name.